A little peak of what we’ve been up to 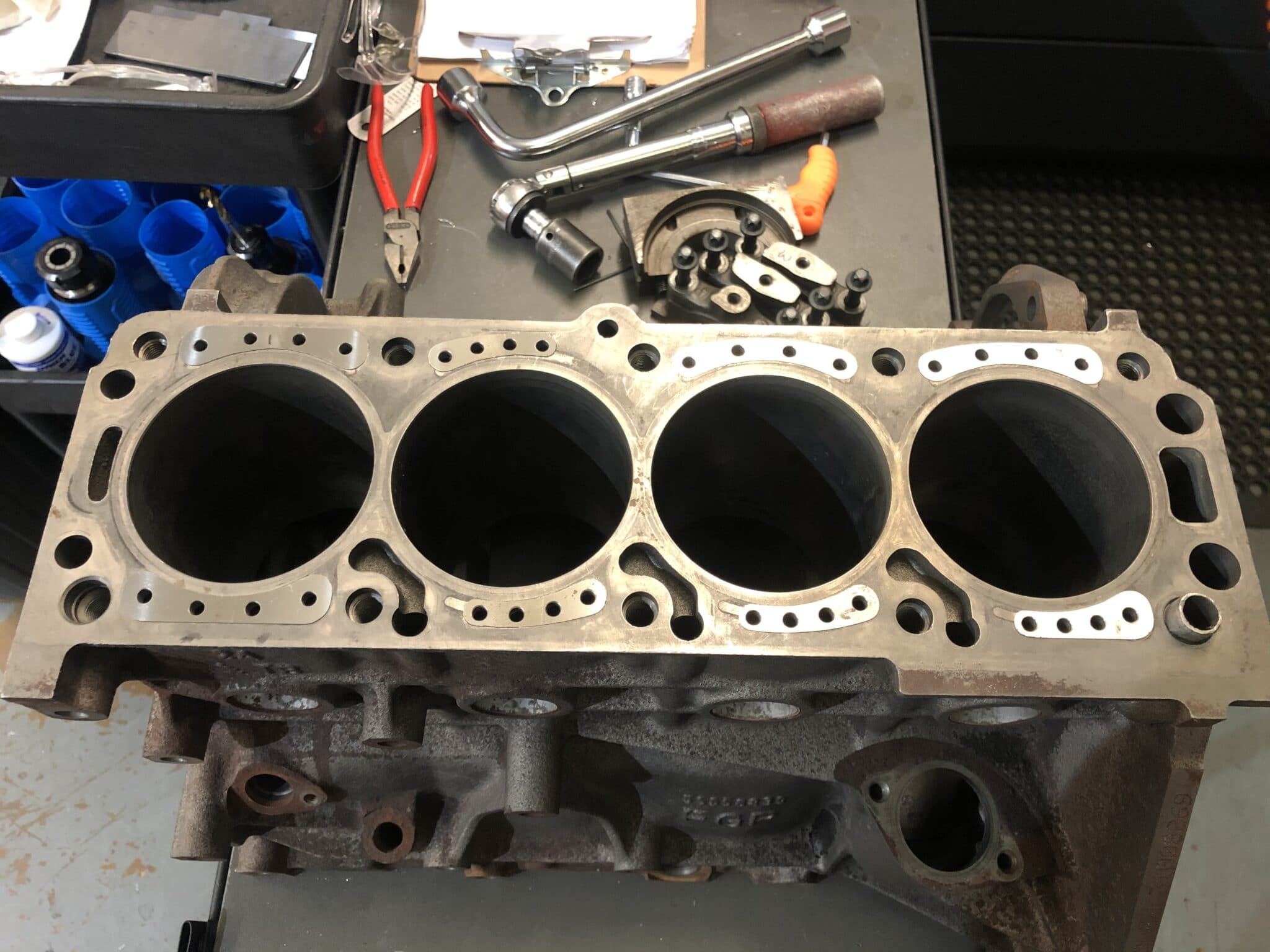 We have been developing a block modification for the Vauxhall Astra (H) 2.0 Turbo VXR Z20LET Engine to strengthen the cylinder bores by converting the open deck block into a closed deck block for a customer who has recently had two engine block failures as a result of higher power outputs. The latest engine block failure was built at a so called "reputable" tuning shop specialising in these models, unfortunately for customer the block failed just weeks after being built and re-mapped.

After inspecting the failed block it was more than obvious that the block needed to be strengthened in the water jacket area. We set about this by accurately Laser Scanning the engine block face to pick up on the all the features on the block face and then we introduced the scan into our CAD software, from there on we begin to work on the design of the part to strengthen the block. Initially we were looking at a "part" wedge design but after some consideration we opted for a full wedge, as we believed this would offer superior strength and also have less possibility of moving after fitment.

Our next step was to machine the engine block to match that of the new parts to be inserted, machining slightly undersize to produce a interference fit.

To begin we open up the coolant ports surrounding the liner, the reason for this is to give a machined finish as currently its a cast finish so is rough and secondly to ensure the profile matches that of the wedges to be inserted perfectly. Back to blog archive